School children from Seattle and Gilje School in Bømlo participate in an international research program to learn about how the sea ice in the Arctic is drifting. They use ice buoys which are tracked by satellites to measure the ice drift and compare with the Fram drift 127 years ago. They also use ice buoys to study the ice drift pattern in the Beaufort Sea.

As part of the CAATEX 2020 expedition to the Beaufort Sea, two ice buoys and 10 drifters were deployed for the International Arctic Buoy Program (See map at the bottom). The buoys and drifters were provided by the University of Washington. The two ice buoys were deployed on large ice floes which and are now drifting around with the ice.  As they drift the buoys send their position, surface temperature, and pressure data back to the International Arctic Buoy Program.

The school children in Seattle and Bømlo produced and decorated approximately 400 small wooden boats, which were deployed together with the ice buoys (bildelink).

Most of the wooden boats from Seattle were decorated during an outreach event at Seattle’s Pacific Science Center. Some of the boats were painted by sailors on the USCGC Healy and other schools in Seattle. US boats were branded and photographed to be recognized by the wood grain.

A bunch of Norwegian boats were made and decorated by school children at Gilje School located at the island Bømlo at the west coast of Norway. The CAATEX cruise to the Beaufort Sea came up on short notice. Therefore, the school children at Bømlo had to work quickly to be ready for the departure of the CAATEX mooring rescue operation to the Beaufort Sea. All the Norwegian boats have an individual ID, and a ‘floatboat.org’ mark burned into the wood,

The wooden boats were shipped from Bømlo and from Seattle to Florø, Norway, the departure port of KV Svalbard. Onboard the recruits took care of the boats. The first deployment was made in the Beaufort Sea where Santa handed the wooden boats over to the Lonely Polar Bear, who dreamed of becoming a scientist. Watch the movie here. These boats are expected to rotate within the Beaufort Gyre, but we have to wait and see…

The second deployment was at a location in the area where Nansen and Sverdrup started their Fram Drift in 1893. The scientific goal here is to see how fast the small boats drift compare to the Fram drift 127 years ago. The stories about the Jeannette cruise (1879) and the Fram drift (1893) are told in this short film, made by recruits onboard KV Svalbard.

Three clusters of wooden boats drift together with scientific ice buoys in different parts of the Arctic Ocean. The first cluster of boats were made by children in Gjesdal and Seattle, deployed north of Svalbard this summer. In the late fall, two clusters of small boats made by children in Seattle and Bømlo were deployed in the Beaufort Sea, and near the starting point of the Fram drift.

The scientific buoys send back position, temperature, and pressure every hour. In this way the kids can follow the position of the float, and look at how the temperature changes during the drift and the season. The drift of the buoys can be followed at https://iabp.apl.uw.edu/Float_Your_Boat_2020.html and at https://caatex.nersc.no/node/34. The Norwegian Float Your Boat project can be accessed at https://floatboat.nersc.no.

When the ice buoys reach the ice edge the buoys float in water and continue to drift with the ocean currents. All the wooden boats will separate from the buoy and drift freely and independent with the ocean currents. With time, some of the boats might strand a distant beach. Each boat is marked with a webpage, floatboat.org , where people who find the boats can register them.

Float Your Boat is intended to make children aware of the Arctic climate change. More specifically, they will learn how to access and use data to observe the changes in the Arctic sea ice cover, and how ocean currents can transport items in the water. Float Your Boat also want to teach children about how international collaboration make bigger things happen within science.

Float Your Boat is supported by: 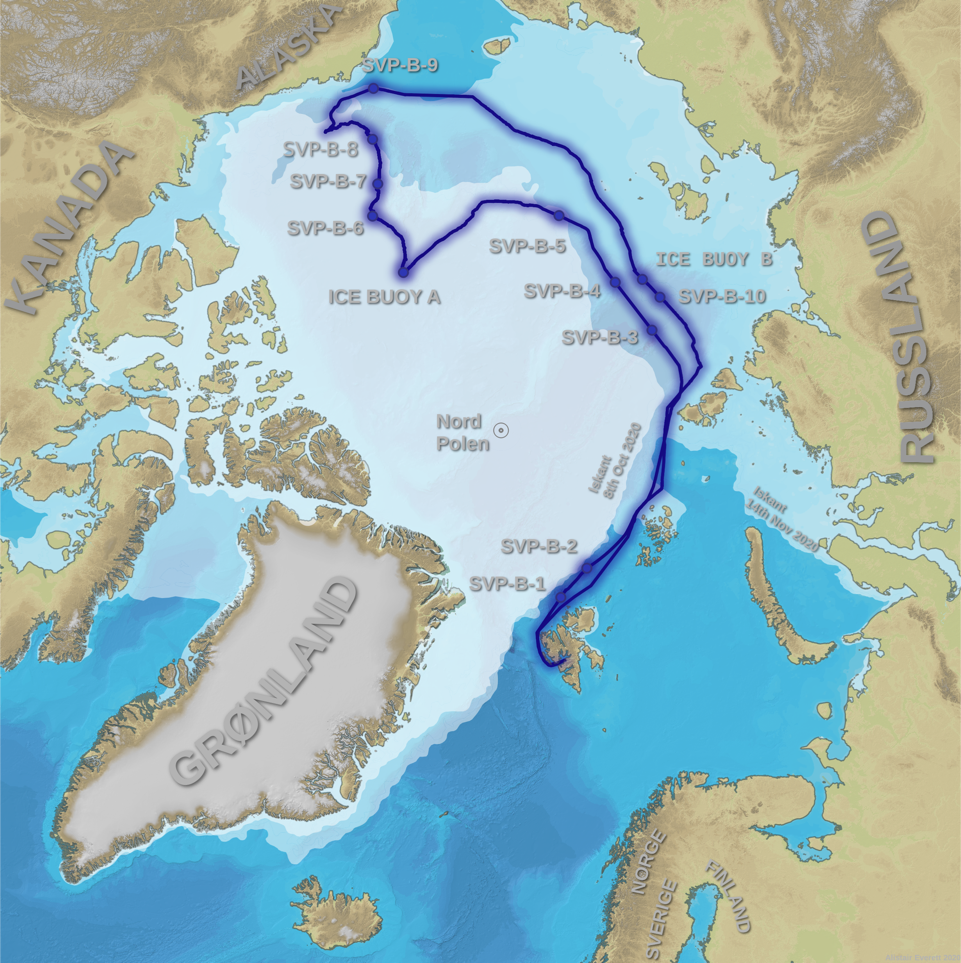