The deployment of the the three tomographic moorings (NERSC 1-3) was carried out from 14/8 to 9/9, using the icebreaker KV Svalbard from the Norwegian Coastguard. The planned mooring locations are shown in red, while the deploy poistions are shown in green. The ship track is indicated by the orange dots. 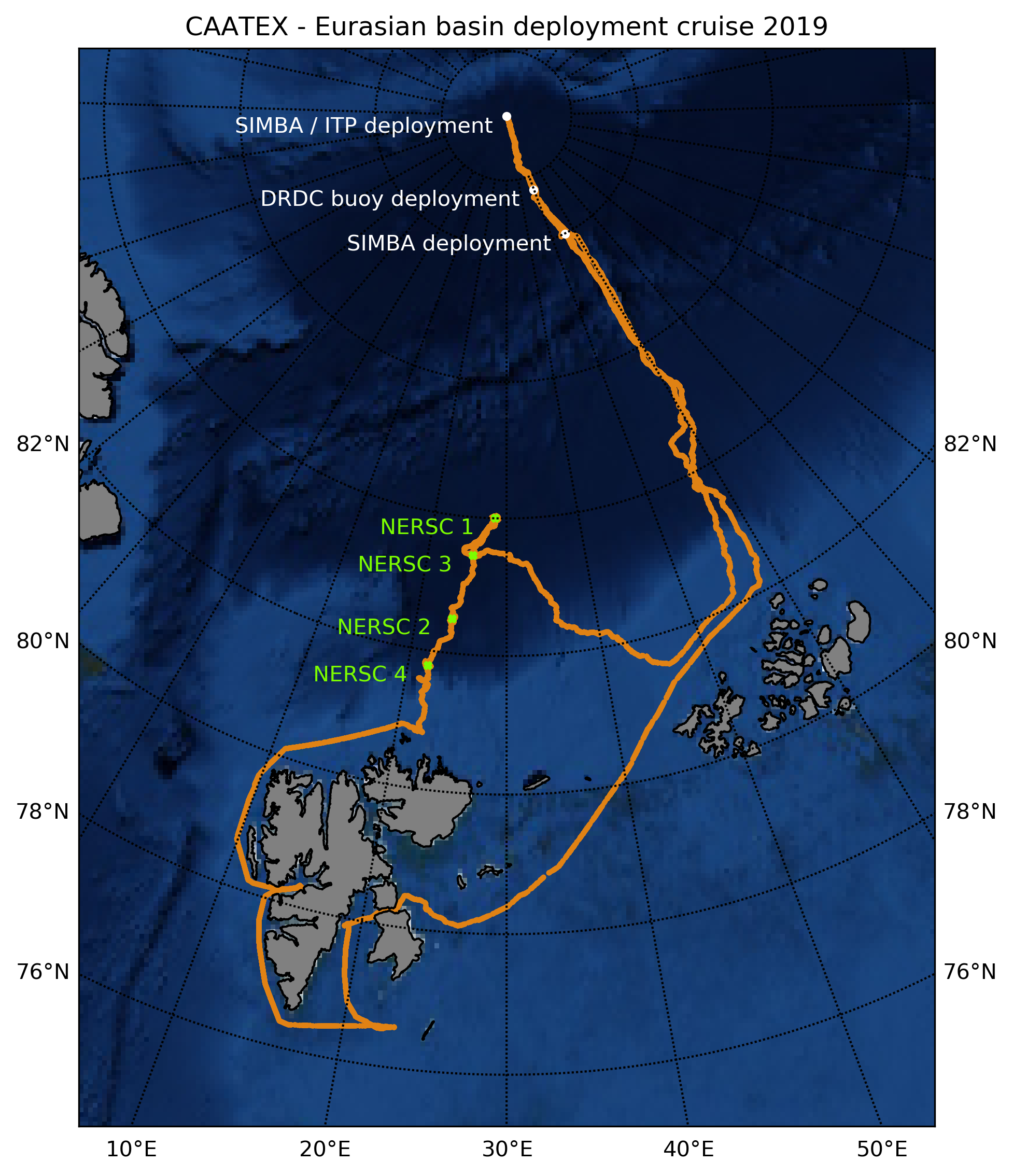 CAATEX is supporting the MOSAiC project. The track of the German ice breaker RV Polarstern is shown below. 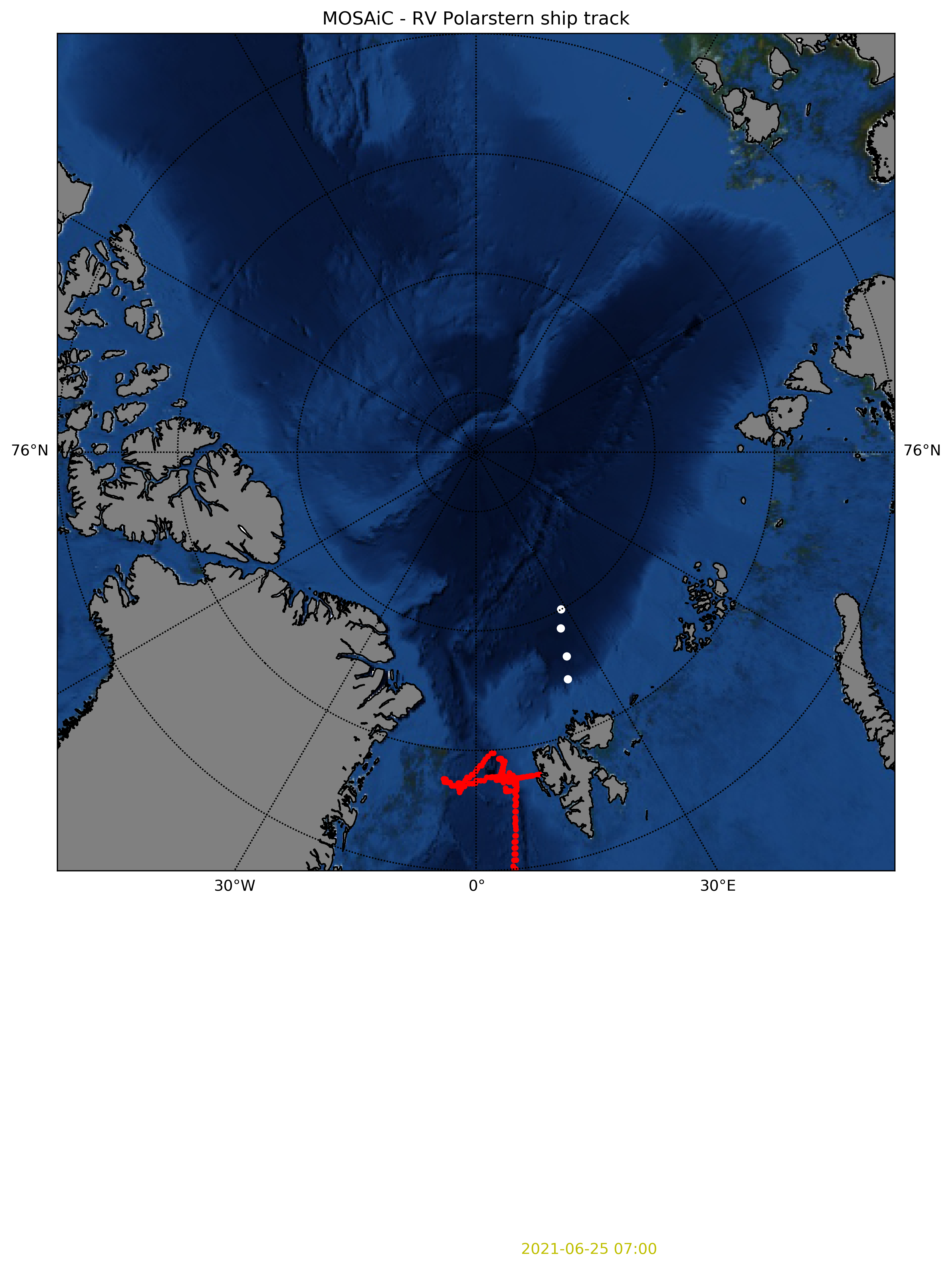